So 6 months have now passed since the beginning of the year and it's time to update you guys on the status of the project, what we've been up to and what's planned.

Since the beginning of the year we've finished every model category we planned to except the buildings. We have 6 building models that remain to be made which should be finished early next month. The reason buildings are taking so long is simply that there was a lot of them and they are very complex models that require a lot of time.

Alongside the buildings we have also been working on finishing the map and on optimizing all the models we've previously made which is almost finished. We've also used the time to re-make the Dr. Ivan model (as you surly know if you've been following the news) to fit in with the style of our zombies because Dr. Ivan and the zombies were initially made by two different people. We also completely re-made all the nature objects such as trees, grass etc... which allowed us to optimize them and improve performance a lot, and also improve the overall look of the game. What you don't know, unless you follow the WIP screenshots is that we've also re-made the player model because we've learned a lot over the course of development and we wanted to apply our new skills to the old models and make sure the game is looking its best for you guys!

In terms of modelling, currently we're focusing on finishing the remaining few buildings, once those are done we will quickly go back over the buildings we already made when we were just getting started and we will apply everything we've learned to them to improve performance and mostly graphics. That won't take very long because they're already finished.

After that we will focus all our efforts on finishing the map and optimizing the remaining models, which should also go pretty quickly as Unreal Engine 4 allows us to automate the process.

Once that is done, the entire visual part of the game will be finished and our designers will make content for future patches.

On the programming side, we are currently compiling test builds of the game, connecting all the modules and pieces together and testing them to make sure that everything is working, we are also working on the remaining animations which isn't purely programming but it requires a lot of it.

We thank you for the amazing support you've shown us, we couldn't do this without your help, please bare with us just a little while more, while we finish the few renaming tasks that still need to be completed.

And let's have a look at some of the building we've just finished. If this doesn't smell of East Germany, we don't know what does. 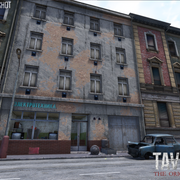 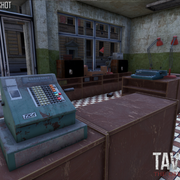